You are here: Home / News / State’s new poet laureate started out as a touring singer 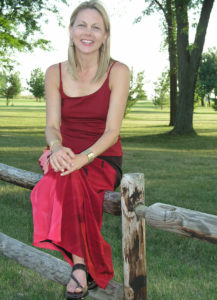 Iowa’s new poet laureate is an English professor at Iowa State University who says life’s journey has led her down some unusual detours.

Sixty-three-year-old Debra Marquart grew up in the small town of Napoleon, North Dakota, where there was little to do. “Music and storytelling were the two things that kind of kept me going creatively,” Marquart says. “I was kind of a dreamy, imaginative child.”

After studying social work and dropping out of college, Marquart turned to music, singing for several widely-touring bands over the years in genres including country, rock and heavy metal, until a trailer fire wiped out $60,000 worth of gear and instruments. She decided to go back to school.

“And I thought, ‘oh, poetry.’ I’d sort of forgotten about it throughout the whole mess of lawsuits and traveling and being exhausted and fighting with band members and trying to hide what a catastrophe my life was from my parents,” Marquart says. “I’d sort of forgotten about poetry.” She says she gravitated to poetry because of its similarities to song lyrics. Early in her writing career, she wrote a collection of short stories inspired by musician friends and the unusual things that happened in their travels.

“Right around that time, I saw an ad for a creative writing fellowship here at Iowa State and I applied for it — and I got it,” Marquart says. “That’s what brought me to Iowa State.” She eventually earned master’s degrees from Moorhead State University and ISU.

As Iowa’s new poet laureate, Marquart says she wants to hold workshops and readings at libraries, schools and community centers across Iowa as a way to share stories and encourage others to share theirs. She also wants to launch a Poets in Schools program that will focus on Iowa’s many rural communities.

Marquart says, “I’d like to take some students with me to go into high schools, middle schools, possibly grade schools and do some not only singer-songwriter music performances but also creative writing workshops, things like that.” Before Marquart, Iowa has only had three poets laureate. The first was Iowa Writers’ Workshop professor Marvin Bell, who served two terms beginning in 2000. The following two poets laureate were Robert Dana, a former World War Two radio operator who taught for 40 years at Cornell College, and Mary Swander, a professor emerita of English at Iowa State University.