You are here: Home / News / Feenstra gives up chairmanship to devote more time to race against King 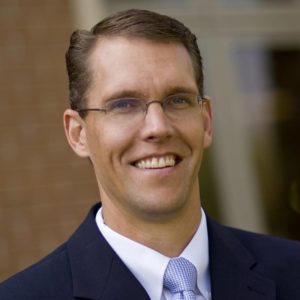 The Republican state senator who is challenging Republican Congressman Steve King’s bid for reelection is giving up a powerful legislative chairmanship to devote more time to the primary race.

Republican Randy Feenstra of Hull has been chairman of the Senate Ways and Means Committee since 2017. In a written statement, Feenstra cited the panel’s work since Republicans took control of the Senate three years ago — most notably the 2018 bill that cut state income taxes. Feenstra said he had “worked productively” with other Republicans in the statehouse.

Feenstra has sought to contrast his legislative record with King’s. In January, Republican leaders in the U.S. House removed King from congressional committees to signal the G-O-P “won’t tolerate” white supremacy. King has said his comments have been taken out of context and he’s been lobbying to be reassigned to House committees.

King faces Feenstra and two other Republican challengers in next year’s primary in Iowa’s fourth congressional district. Yesterday, CNN reported King asked, but was not allowed to fly to Iowa with President Trump on Air Force One. Trump, while speaking at an Iowa GOP fundraiser last night, acknowledged several elected officials and party leaders in the audience, but didn’t mention King.

The Iowa Senate majority leader issued a statement praising Feenstra’s work, but has not revealed who will be the chair of the Senate Ways and Means Committee. Feenstra will remain a member of the panel.