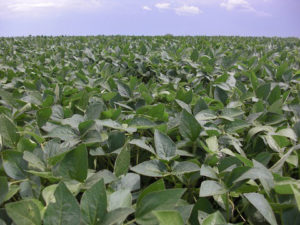 Scientists predict the “dead zone” in the Gulf of Mexico will be bigger than usual this summer, between the sizes of Massachusetts and New Jersey.

The oxygen in the area is depleted because of nitrogen and phosphorus running off Midwestern farm fields and going down the Mississippi River. Gene Turner, with Louisiana State University, is part of the annual dead zone forecast team. “What it continues to say every year is that we’re not making any progress on improving water quality in the Mississippi River,” Turner says, “which means all the states that are contributing to it also don’t have really any improvements in their water quality.”

Turner and his team will collect data in late July. He says the dead zone could be smaller than predicted if there are tropical storms that month. The nitrogen and phosphorous nutrients trigger algae blooms that deplete oxygen, threatening fish and shrimp.

Chris Jones, a University of Iowa researcher, says there’s been some progress in cutting phosphorus runoff from Iowa, but much remains to be done to curb nitrogen. “We need more cover crops on our farm fields, for example,” Jones says. “We need more edge-of-field treatment practices to be implemented, things like wetlands, and we need to very carefully manage our manure.”

While Turner’s team predicts a near-record-sized dead zone this summer, the National Oceanic and Atmospheric Administration forecasts it will be smaller.