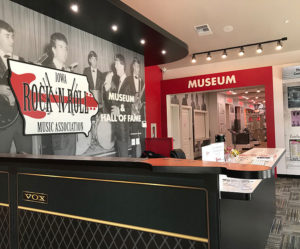 A new museum documenting the roots of rock-and-roll music in Iowa opens today in Arnolds Park near Lake Okoboji.

The non-profit Iowa Rock ‘n’ Roll Music Association was established in the 1990s to honor Iowa venues, radio personalities and musicians who have been in the industry for at least 25 years. Association president Ralph Kluseman says the museum isn’t just about the past. Kluseman says, “This museum has been a large part of how we want to move forward as far as how we’re going to impact Iowa’s lives for the future.”

Kluseman says touch screens connected to a database will allow people to discover Iowa musicians who may have been forgotten. He says as the museum grows, he hopes it will connect new artists with more people. Kluseman says it’s important to document the history of local music. 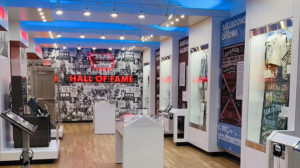 Kluseman says, “The impact that we have in our communities across Iowa is largely how we can tell the story of the music that brought us together, actually memorialize those folks who’ve done such a great deed over many, many decades, and they’re all great stories.”

There are also traditional museum exhibits and two small theaters screening short documentaries. The grand opening for the Iowa Rock ‘n’ Roll Hall of Fame Museum is today with special events planned through the weekend.