You are here: Home / Human Interest / Elderly remain a prime target for scammers 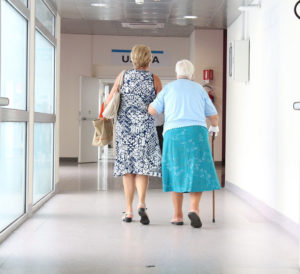 Iowa has one of the nation’s oldest populations by percentage and it means the state’s graying residents need to be especially cautious with their money, particularly in this digital age.

Ron Long, director of elder client initiatives at Wells Fargo Advisors, says the term “elder financial abuse” covers a wide range of crimes. Long says, “It’s all sorts of evil, predatory behavior that can run the gamut from forging checks, misusing a power of attorney, literally using scare tactics or exaggerated claims to get money out of older people.”

A recent survey found 81% of older Americans say they’re confident they’d never fall victim to elder financial abuse, yet nearly half said they know of someone who’s already been swindled. For Iowans who are worried about an elder parent getting duped, Long says there are a few avenues to pursue.

“Set up a large transaction alert,” Long says. “You and your mom would decide how much it is, but anything over $500 or $750, you would at least get an alert that it’s happened. Most times, it’s perfectly fine, but you would at least know. We also look to have duplicate statements sent to a trusted person.” Long says it’s not taking control of the older person’s finances, it’s just putting a second set of eyes to work, looking for anything questionable. He also suggests setting up auto bill payments for convenience, and to eliminate the worry from callers who claim they’re with a utility, you’re late paying and they threaten to shut off your power or water.

Prevention starts with a conversation, Long says, though it could be difficult to begin such a chat. “It’s not an easy one,” Long says. “We often say, start with yourself, ‘Mom, I’ve started to look at some of the things I need to put in place. I would like to start talking to you about some of the things I’m doing,’ and use that as an entre.”

Two-thirds of elder financial abuse crimes are committed by someone known to the victim, either a friend, relative or caretaker. About 15% of Iowans are 65 and older. Iowa ranks 4th in the nation for percentage of residents 65 and over, behind West Virginia, Pennsylvania, and number-one Florida.