You are here: Home / Agriculture / ISU documentary on the beauty of seeds wins award 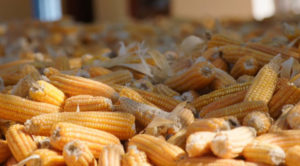 A film produced by the Iowa State University Seed Science Center is one of this year’s winners of the Telly Awards for video and television content.

The overall documentary won the Silver Telly Award while one episode, “A Day Without Seeds,” won the Bronze Telly. The documentary made its debut in March at the Environmental Film Festival in Washington, D.C. to a sold-out auditorium. Misra says it carries an important message.

“Sometimes, there is a misconception,” Misra says. “Many people think that food comes from the grocery store. It does not. It comes from farms, hard working farmers, and they have to plant good quality seed to get a good crop.” Filming was done here in Iowa as well as in several far-away countries, demonstrating the vital role seeds play in our world.

“I find the seeds to be so beautiful. They come in all sizes and shapes and texture and luster,” Misra says. “Inside this tiny seed, that is the origin of life that is waiting to express itself. I find it miraculous, wondrous.”

The documentary will be shown at –U’s Reiman Gardens on Sunday at 6 P.M. It will also be featured at this year’s Everson Global Seed Symposium in October prior to the World Food Prize events in Des Moines.