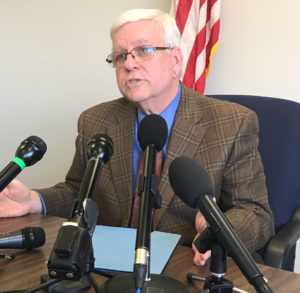 The governor today asked the head of the largest agency in state government to resign.

Jerry Foxhoven, director of the Iowa Department of Human Services, says it was an honor to serve during “an important time of transition.”

Foxhoven took the job two years ago, shortly after Reynolds became governor. Reynolds has asked her public health director to also serve as interim director of the Department of Human Services.

Foxhoven guided the department amid questions about the treatment of patients with profound intellectual disabilities at the state-run Glenwood Resource Center. There’s a trial underway over discipline of juveniles at the State Training School in Eldora.

(This story was updated to add more information about the resignation)