You are here: Home / Business / Film to update story of 1977 Zenith plant closing in Sioux City 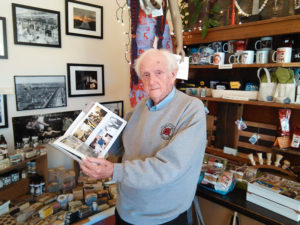 A sequel is in the works for an Iowa film made in late 1977 after Zenith announced that they were closing their electronics manufacturing plant in Sioux City.

Local filmmaker George Lindblade shot the movie called “We Didn’t Want it to Happen This Way” in association with the local Machinist’s Union to chronicle how the 1,500 Zenith jobs went overseas and to Mexico.

“We followed about seven families who had worked at Zenith through their course of the day and what on their lives,” Lindblade says. “I then eventually wound up going to Taiwan, Hong Kong and then to Mexico to visit plants where our jobs were taken to,” Lindblade says. Now 42 years later, Lindblade says there’s interest in updating the story.

“I got a call about a month and a half ago from a production company in New York — saying that they had reviewed several films of closing plants — and they had arrived at the Zenith one in Sioux City Iowa that they said they wanted to do the follow up on,” Lindblade explains. 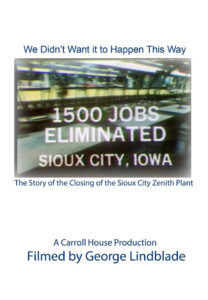 The rights to the original film have been obtained from the machinists union and next month a crew will come to Sioux City to begin the process of talking surviving Zenith workers or their family members.”They are proceeding to come to Sioux City sometime later in July. It will be originally a scouting party to find out who is alive and who would be willing to be interviewed as to how it impacted their life,” according to Lindblade.

Lindblade has begun reaching out to some of those former Zenith workers — as he also tries to see how many are left to tell their story in a new film. He says that will be a concern as some were close to retirement when they were first interviewed. Lindblade says they know of at least two people who have died and they are reaching out to anyone who was in the first film or knows someone who was.