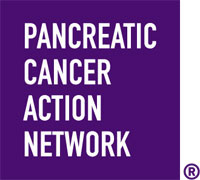 Iowans who have lost loved ones to pancreatic cancer are preparing for a trip to Washington D.C. next week and they’re taking along a sort of a secret weapon in the quest for more federal funds.

Amy Jardon, who chairs of the Cedar Falls affiliate of the Pancreatic Cancer Action Network, says an Iowa survivor of the nation’s deadliest form of cancer will be joining their ranks.

Jardon says, “On Tuesday, we go to Capitol Hill and we meet with our senators and our representatives and their office staff members to explain why we’re passionate about pancreatic cancer, why we need more funding and that we’re there to ask for money.”

The additional funding is needed for further research and to raise awareness about a type of cancer for which the vague symptoms are often ignored.  “I’m optimistic that we’ll get the same as what we asked for last year,” Jardon says, “but whether or not we would have the increase of funding that we ask for each year is always up in the air.”

Jardon’s mother was diagnosed with pancreatic cancer in 2012 and died 13 days later. Typically, 70% of those who are diagnosed die within a year. The five-year survival rate for pancreatic cancer is only nine-percent, which is why having a survivor as a part of the 17-member Iowa delegation to Washington is so rare. “Congress members and their staff hear our stories about our loved ones that we’ve lost,” she says, “but when they are faced with a pancreatic cancer survivor, it is amazing the magic that happens in the room.”

Statistics find about 580 Iowans will be diagnosed with pancreatic cancer this year and 430 of them will die from it. It’s the third-leading cause of cancer death in the United States and it’s expected to become the second-leading cause of cancer death by 2020. Jardon says it will be a privilege to lobby along side someone who’s beaten all the odds.

“They get a lot of respect,” Jardon says, “and the person with the congress member’s office has a lot of questions for the survivor because it is so unusual to meet with a survivor of pancreatic cancer.” The survival rate is slowly rising, thanks to better treatments and more awareness. One goal is to double the survival rate within the next few years, which advocates say is possible through more research, clinical initiatives, patient services and advocacy year-round.

Symptoms can be vague, ranging from abdominal pain to back pain, changes in stool, yellowing skin, weight loss, appetite loss, and a feeling of being full after only eating a little food.  Thursday is National Call Congress Day, where people are asked to urge their elected officials to make cancer research a national priority.