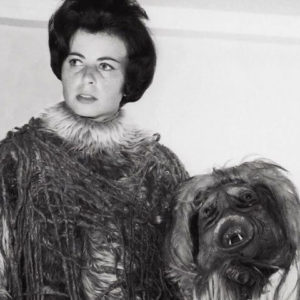 Even the most dedicated “Star Trek” fans may have to consult Google to learn about the special guest at the 35th annual Trekfest later this month in Riverside.

The eastern Iowa town claims to be the future birthplace of the show’s fictional Captain James Kirk, who was nearly killed by the woman in Episode One of Season One of the iconic television show. “Sandra Gimpel, she’s the stuntwoman who played the salt monster in the original episode of ‘Star Trek,'” Trekfest director Andy Rodgers says.

Gimpel wore a shaggy costume and a frightening, fanged mask, so her face was never seen during the episode, but that’s part of her allure, Rodgers says, as many Trekkie autograph-seekers won’t have gotten hers before. “She’s going to be signing autographs at the museum on Friday night and she’ll help out with the trivia contest after she’s done there,” Rodgers says. “Saturday, she’ll be in our parade and have another Q-and-A session on Saturday.”

The original “Star Trek” TV series debuted in 1966 with the episode that featured Gimpel, who was just 27 then. Her official biography says Gimpel will turn 80 this September and Rodgers says remarkably, she’s -still- working as a stuntwoman. 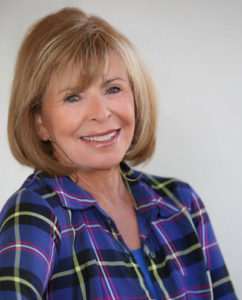 “She’s also done a lot of other things that people aren’t aware of,” Rodgers says. “I’ve skimmed her profile and she may not’ve been a star or leading role in things but she’s still an active actress. She’s still getting after it, maybe not like she once did, but she’s still taking on little roles here and there.”