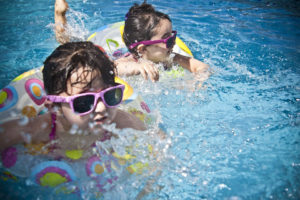 The summer season officially arrives later this morning and with it, an elevated risk of serious or deadly accidents as Iowans seek to cool off in the water.

Mindy Uhle, an executive officer with the Iowa Department of Public Health, says if you’ll be on or near the water for fishing, boating or swimming, whether it’s a backyard pool, a lake or river, remember these life-saving tips: “We would encourage everyone to learn how to swim. Keep a close eye on your children. For young children and children who are non-swimmers, keep those kids at arm’s reach at all times,” Uhle says. “Use lifejackets, for non-swimmers and anytime you’re out boating or out doing recreational activities on lakes and rivers.”

Learning how to perform CPR takes two or three hours, depending on the course, and it’s a skill you can use for a lifetime. “There are lots of organizations that teach it,” Uhle says. “It is very accessible and it is something we would recommend learning if you are going to be around water or in a caregiver role.”

Nationally, drowning kills more children between the ages of one and four than anything else except birth defects.  “Last year, we had 48 drowning deaths in Iowa,” Uhle says. “It’s been pretty stable. The average for the last five years is somewhere in between 40 and 50. Interestingly enough, about 70% of our drowning victims are male and almost 35% of our drowning deaths occur in lakes, rivers and streams.”

A report from the Centers for Disease Control says ten people die from drowning every day nationwide, about one in every five is a child under the age of 14. Summer arrives today at 10:54 a.m. Central time.