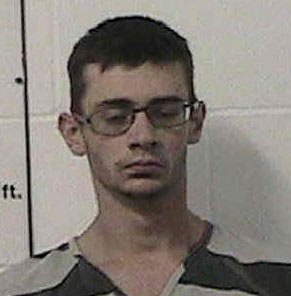 A 21-year-old man from Sigourney has been charged with murdering his girlfriend’s four-month-old boy. The child died at a Des Moines hospital this morning.

Court records indicate Johnny Lynn Dale, Jr. was caring for four-month-old Kane Bruns of Oskaloosa while the child’s mother was working an overnight shift last weekend. The mother told police her baby was fine when she left for work, but the boy wouldn’t wake up when she got home.

According to the criminal complaint, Dale told law enforcement he’d grown frustrated with the boy and bounced him on an air mattress in attempt to get the child to go to sleep.

Doctors say the baby had severe neck and spinal cord injuries. The child was flown to a Des Moines hospital for treatment.

Dale has been under arrest since Wednesday. The original child endangerment charge was upgraded to first degree murder after the child died.  Dale is being held in the Mahaska County Jail on a $1 million bond.