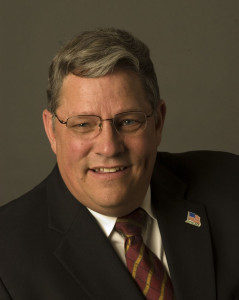 The president of the union that represents many of the workers at the state-run Mental Health Institute in Independence says four staffers at the facility have been injured this month in assaults by patients.

AFSCME Council 61 president Danny Homan said in a news release that his union is still gathering details about the four attacks that happened over a nine-day span, but Homan said it’s clear there’s a “safety crisis” at the Mental Health Institute in Independence.

Homan said a nurse who was punched in the nose and scratched repeated submitted her two weeks notice afterwards. Managers that day moved her to the sex offenders unit, where she wound up being on duty by herself so she quit immediately. Homan, in the news release, cited details of two other incidents in which staffers were hit and punched in the head by patients. One staffer has qualified for workers compensation benefits as she undergoes treatment for a head injury, according to Homan.

Homan is accusing managers at the mental health facility of putting workers in danger and playing favorites when making work assignments and granting vacation or medical leave.

Homan said he hopes safety measures for employees are part of the “new direction” Governor Reynolds says she wants in managers of the agency that oversees the Independence facility.

A spokesman for the Iowa Department of Human Services told The Des Moines Register there are fewer worker injuries this year compared to last at the Mental Health Institute in Independence, but the agency spokesman did not dispute the union leader’s account of recent attacks on employees.