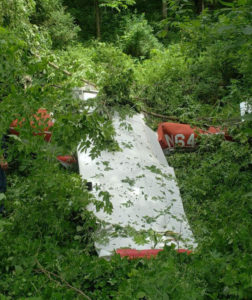 Federal investigators are looking into the cause of a small plane crash in rural Clayton County.

At about 11 a.m. last Thursday, the Clayton County Sheriff was called to the Elkader Airport, on the report of a plane that went down. The pilot, 62-year-old Mark Koehn of Elkader, was attempting to land at the municipal airport, when he crashed his 1966 single engine Cessna.

Koehn was able to free himself from the wreckage. He was not injured. Koehn’s aircraft had extensive damage.