You are here: Home / Agriculture / New Iowa Soybean Association president has challenges ahead 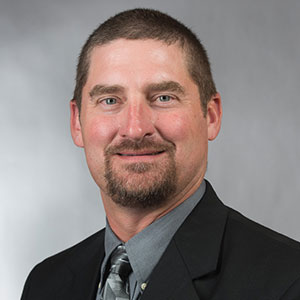 A farmer from west-central Iowa’s Greene County is taking the helm of the Iowa Soybean Association this fall but it comes with trepidation.

Incoming president Tim Bardole of Rippey says these are very challenging times for soybean farmers. “It’s going to be a tough year,” Bardole says. “The association is funded from the Soybean Checkoff, a lot of it, and with the low prices, a tough planting season, there’s a lot of unknowns and a lot of budget issues.”

Many commodities have seen poor prices for several straight years and they’re slow to recover, while Bardole says recent tariffs and trade troubles have made matters worse. “We need worldwide free trade,” Bardole says. “The U.S. farmer, even in tough times, we’re very good at producing soybeans and all of the other agricultural products. The U.S. definitely feeds the world.”

Bardole took a trip to China earlier this year and saw up-close how that country’s enormous numbers depend heavily on American growers. “I’ve been to Malaysia and the Philippines,” Bardole says. “The world very much depends on U.S. agriculture for the good of their population.”

While foreign travel helps Bardole learn to appreciate what challenges other nations face, he also sees how much they appreciate us. “We have a lot of responsibility to do what we do and to do it very well,” Bardole says. “When you go to these other countries and once they find that you’re a farmer from Iowa, the respect that you get is somewhat overwhelming.”

Bardole will take office in September. He comes from a farming family and his father was the president of the ISA in the late 1980s. The Ankeny-based Iowa Soybean Association has 11,000 members.