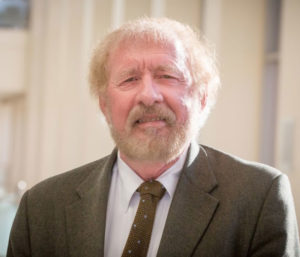 The June survey of business leaders in Iowa and eight other Midwestern states signals positive growth for the region over the next three-to-six months.

Ernie Goss, an economist at Creighton University, says while things are starting to pick up after several down months, international trade troubles continue to cloud the regional and national outlooks. “Tariffs restrict buying from abroad,” Goss says. “A lot of our supply managers are finding it more expensive to buy from abroad. Likewise, selling into Chinese markets where the Chinese have retaliated, that’s been a real challenge.”

The Creighton survey found the regional economy expanded at a slower pace than the rest of the nation for the first half of 2019, Goss says, but overall, hiring for the region’s manufacturing sector for June was up significantly.  “The number-one challenge over the next 12 months is finding and hiring qualified workers due to almost-record low unemployment rates in most of the region,” Goss says. “Forty percent of supply managers indicated that was their number-one challenge.”

Still, according to the June survey, better than 71% of supply managers supported continuing current tariffs on China or even raising them. Finding workers to fill open positions remains a daunting chore. “Both the U.S. and the region’s employment growth are slowing down, and that’s somewhat troubling, but that’s what we’re seeing,” Goss says. “Some of that is related to finding and hiring qualified workers, but there have been negative impacts from floods and from trade.”

Goss says the recent surveys indicate both durable and nondurable goods producers in Iowa are seeing positive gains in economic activity. Figures from the U.S. Bureau of Labor Statistics show Iowa workers have experienced a solid 3.6 percent increase in hourly wages over the past 12 months, above the national gain of 3.1 percent over the same period of time.