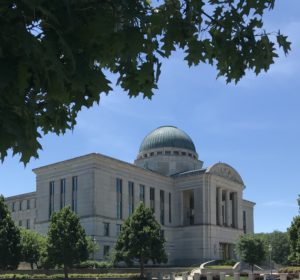 The Iowa Court of Appeals has upheld a ruling awarding damages after a newly sold home was found to be infested with snakes.

William and Joyce Welp sold their home in Marshalltown to Jade and Shannon Robinson in 2014 for $185,000. The Welps checked “no” on the disclosure form that asked if there were any problems with mice, bats, roaches, snakes or spiders.

A few days after moving into the home the Robinsons found a large bull snake on the basement bar.  Altogether, the Robinsons estimate they found between eighteen and twenty-two live bull snakes in the home, including one that fell out of the drop ceiling onto Jade Robinson’s head. They also found a snake in the pool on approximately three occasions. Additionally, they estimate they found forty snake skins in the insulation in the walls and drop ceilings.

The Robinsons hired a contractor who removee the patio that abutted the home and found two snake nests with the remains of a number of eggs that had been in a hollow spot under the patio. The contractor found the insulation had several holes through it into the basement of the home, which it is presumed was where snakes had entered the home.

The district court awarded the Robinsons $64,000 for money spent on a contractor to clear out the snakes and $53,000 in attorney fees. The Iowa Court of Appeals upheld the ruling — saying the Welps’ claim that did not know about the snake infestation at the time of the sale does not hold up.