You are here: Home / Fires/Accidents/Disasters / Young girl hit and killed by tree branch in Sioux Center 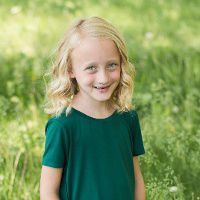 A seven-year-old Sioux Center girl has died after a broken tree branch struck her.

Mya Jean Sneller, the daughter of Ryan and Jenna Sneller, had been swinging on a swing attached to a tree branch at a Sioux Center residence Tuesday when it broke and landed on her. Sioux Center Police Chief Mike Halma says she was transported by ambulance to Sioux Center Health, where she died.

“It’s unfortunate,” Halma said. “It’s a tough one.” Halma noted how unlikely an accident like this seems, saying, “It was a good sized branch, you look at and you don’t think this is one that would break. But you can’t see the inside of it, and apparently, there were some weakened spot in there that broke. Again, very unfortunate.”