You are here: Home / News / Parades a primary activity as 6 presidential candidates spend 4th in Iowa 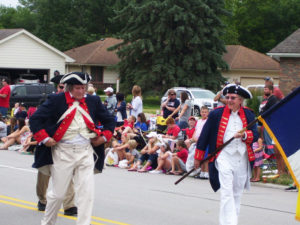 Six candidates for president are spending this Independence Day in Iowa and one of the group’s primary activities is participation in parades.

Joe Biden and Beto O’Rourke are in Independence, Iowa, today, for the parade. O’Rourke, his wife and three children visited the Clear Lake Carnival yesterday. In Ames on Tuesday night,  O’Rourke held his two youngest — and shortest — kids aloft to introduce them to the crowd.

“This is Henry, who’s eight years old. You want to say hi?” O’Rourke asked, as a few in the crowd replied: “Hi, Henry,” right before O’Rourke asked his daughter: “Molly, can I try that with you?”

“This is where you want to be,” McGuire said. “You want to introduce yourself and keep having the people shopping see you.”

Iowans who are still evaluating the candidates have 214 days to make their choice before the February 3, 2020 Caucuses.

Today, Bernie Sanders plans to walk in four parades, starting in Slater, then in Ames, Windsor Heights and Pella. Pete Buttigieg is walking in the Storm Lake parade. Steve Bullock will walk the route in Clinton’s Independence Day parade this afternoon.