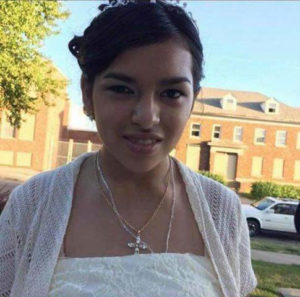 The body of an 18 year old Marshalltown woman, missing since Friday, has been found in the Iowa River.

Marshalltown Police Chief Mike Tupper says the body of Jazmin Reyes Raya was found around ten this morning in a remote area just northwest of Marshalltown. “That’s not the outcome we had all hoped for. We had search teams out through the weekend and we doubled down our efforts this morning and…one of our search teams were able to locate Jazmin,” Tupper says.

Chief Tupper says there is no indication of any criminal activity on foul play in Jazmin’s disappearance and death. But Tupper, like everyone else in the community, would like to know what happened to her. “We are curious and we are still investigating to try and piece this all together. It’s answers we may never have though. We’ll do the best that we can to answer all the questions,” according to Tupper.

Raya was reported missing around eight o’clock Friday night. The family told police she was autistic and communicated on a child-like level.

This is the second incident since the first of the year in Marshalltown that a missing young person was found dead. A teen boy, Corey Brown, was discovered in a secluded area of Marshalltown after he left home late one night in January. It was later determined he died from injuries suffered after he climbed, and then fell from a communication tower.