You are here: Home / News / Warm stretch of weather expected to give way to cooler temps 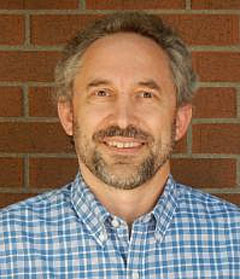 Forecasters say another hot week is ahead for Iowa, with high temperatures in the 80s and 90s along with high humidity, but cooler weather may be just ahead.

Meteorologist Dennis Todey, director of the U.S.D.A. Midwest Climate Hub, based in Ames, says the climate outlook calls for a shift away from the typical hot, muggy Iowa summer. “At this point, we don’t expect that to continue over a longer period of time,” Todey says. “It looks like as we get along into the middle of July and the latter part of July, more likely we’ll fall back to the more frequent cooler and wetter conditions.”

While many Iowans might welcome a less-steamy summer, it’s not such great news for farmers who struggled to plant crops this spring. “We’re not likely to be in this heat, which could start stressing some crops because of poorly developed root systems and just summertime heat,” Todey says. “It’s a downside because we really need temperatures to be hanging out, at worst, near average, at best, slightly above average, especially as we get into August and September definitely.”

The forecast is driven by the existing El Nino weather pattern, as he says the cool, wet weather of spring often tends to carry over into summer during El Nino years. “It is possible to flip and go from cool and wet to hot and dry, but the tendency is for those conditions to hang on into summer,” Todey says. “Those are the two big drivers of this right now, that we’ve been this way this far, mostly likely it will continue on into much of the rest of the growing season.”

Todey says the El Nino is expected to linger into late fall before fading away.