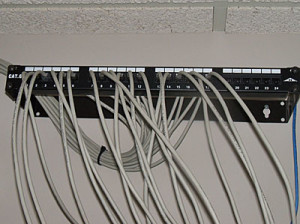 Iowa’s two U.S. senators are appealing to the chairman of the Federal Communications Commission to do more to ensure the accuracy of maps detailing broadband access in rural America.

Senator Chuck Grassley says he and fellow Republican Senator Joni Ernst are finding radical differences between what the FCC maps say versus what technology infrastructure is truly in place across Iowa. “Broadband availability maps are based largely on whatever information the FCC receives from providers,” Grassley says. “This doesn’t always accurately reflect the availability of broadband, particularly in rural communities. When mapping is incorrect, it can lead to the denial of broadband network funding.”

Grassley uses the example of Chickasaw County in northeast Iowa, saying there’s a huge discrepancy between the government agency’s information and reality. “The FCC reports universal broadband access, however, users’ data available from technology companies suggests that only six-percent of Chickasaw County residents have access to the internet at broadband speeds,” he says.

The letter Ernst and Grassley sent the FCC says they appreciate efforts to expand rural broadband connectivity, but note it’s “critical for these maps to be improved” so public and private partners have access to accurate data in order to bridge the digital divide.