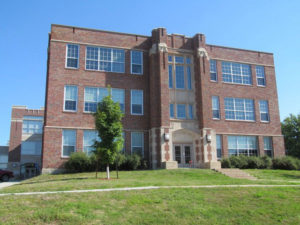 The Corning and Villisca School Districts have started a three-year process of studying reorganization, which will eventually lead to a public vote of merging the two schools into one district.

Southwest Valley Superintendent Chris Fenster says the study was officially off and running after both school boards approved resolutions during their regular monthly meetings in May. The two schools are currently entering year six of whole grade sharing under the Southwest Valley moniker.

“We had to file an application with the department of education that was due on July 1st, and we actually turned it in about the early parts of June,” Fenster says. “That had to include two joint resolutions, one from the Villisca board and one from the Corning board, showing they are both willing to study the reorganization process.”

Fenster says one of the things they are trying to do is let people know those four buildings would remain as is, with the district operating under one set of books.  “We’re not closing buildings and we’re not closing school districts,” Fenster says. “We are coming together as one as the Southwest Valley School District. I know that’s some of the confusion out there right now that we’ll close buildings, and that’s just not the case at all. We’re keeping all buildings open and will be operating just as we have been for the last few years that we’ve been doing this whole grade sharing.”

Fenster says reorganization would come with some requirements from the state. “One thing we had to do is get a salary schedule that is the same, so both of our schools are getting paid on the same salary schedule,” according toFenster. “Our professional development had to be aligned and we’ve already done that part. And, our TLC — or Teacher Leadership Compensation plan — had to be the same. We have already had that done.”

Fenster adds the study process involves establishing a number of committees for items such as transportation and facilities.
“The facility committee will be the first we establish in the fall. That will study the facilities that we have here and the things we’ll need to improve as we move forward, and what a 10-year plan might look like for facilities.”

Reorganization requires a public vote in both districts–currently projected for 2021. If approved by a simple majority, the merger would take place beginning in the 2022-23 school year.