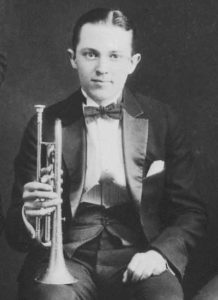 After closing abruptly due to the flooding Mississippi River, the Bix Beiderbecke Museum re-opened this week in downtown Davenport.

The museum features a wide range of memorabilia dedicated to the jazz musician and composer who was born in the city.

Howard Braren, president of the museum board, says when the city’s temporary floodwall failed on April 30th, water started flowing into the museum, located in the basement of a former department store.

Braren says, “Once the hole appeared and water started pouring into the museum, we had a team of people remove every item in the museum and brought it up to the second floor and a safe area, just as a precaution.”

While the volunteers worked quickly to pick up all the exhibits and haul them upstairs, one object couldn’t be easily moved, Bix’s piano, so it had to stay in the basement.

“At the time the puncture occurred, we didn’t know how high that water would come up,” Braren says. “We had a bunch of guys raise it and put it on cinder blocks, so it was raised significantly in case the water level rose. Fortunately, it was not damaged.”

The Bix Museum opened two years ago and includes one of his cornets, records of his tours, early recordings, and even the names of those who attended his funeral.

One of the world’s most famed jazz musicians in his day, Beiderbecke died in 1931 at the age of 28.