You are here: Home / Fires/Accidents/Disasters / Explosion at livestock feed mill in Sheldon 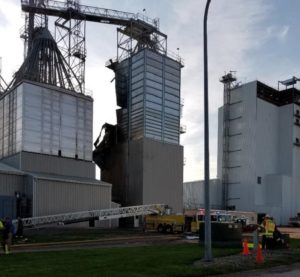 No one was injured in the explosion at Deluxe Feeds in Sheldon, but the facility was damaged.

According to a statement from Muscatine-based Kent Feeds — which owns the feed mill — “the cause of the explosion is under investigation.”

The facility produces livestock feed that’s shipped to swine, beef and dairy producers in Iowa and three other states.

A $37 million expansion of the plant began in 2017 and has not been completed.