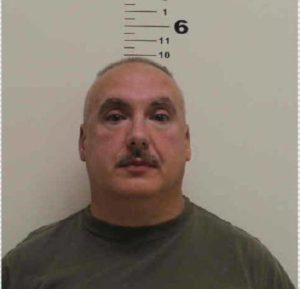 The police chief in the northwest Iowa community of Kingsley has been charged with domestic abuse assault.

Court records say Hoover acknowledged to sheriff’s deputies that he struck his wife with a forearm and shoulder during their altercation early Friday morning.

The charge against Hoover is a serious misdemeanor. He was booked into the Plymouth County Jail and then released.