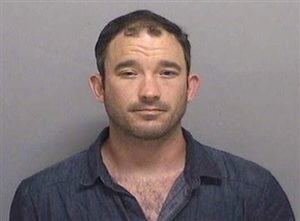 Police in Westerly, Rhode Island, are holding 32-year-old David Liddle of Des Moines on charges including possession of burglary tools and a prohibited weapon.

According to a report in the Westerly Sun, Liddle was arrested near Swift’s beachfront mansion carrying a backpack. It reportedly contained lock picks, rubber gloves, screwdrivers, a flashlight — and had an aluminum baseball bat sticking out of it.

Reports say Liddle told police he wanted to “catch up” with Swift, claiming they knew each other and she’d agreed to help his singing career.