You are here: Home / Education / UI program works to bring in more students from underrepresented groups 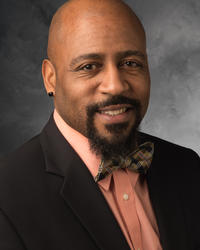 The University of Iowa is wrapping up its summertime project aimed at recruiting more Native Americans and other students from underrepresented populations.

Carlos Nelson helps oversee the effort, called the Iowa First Nations Summer Program, which is meant to give high schoolers a view into what a college education is all about.

Nelson says, “Many of them will be first generation students, so to give them that ability to choose a major, something that they will be passionate about or would like to go in to, we set up time with different instructors on campus to take them through what it would be like.”

Studies show indigenous students can be locked out of higher education due to financial need, negative stereotypes and a lack of cultural support. Nelson says the program can bridge gaps for students who may not have any other way to access college prep.

“By putting those majors in front of them, again to just circle back, it just introduces them to things they wouldn’t otherwise have,” he says.

Less than one-half of one-percent of students at the UI identify as Native and their graduation rates can slip far below those of whites. Of indigenous undergrads who enrolled in 2012, just 11-percent graduated within six years.