You are here: Home / Health / Medicine / People with private water wells urged to get them tested

About a quarter-million Iowans get their drinking water from private wells and having those wells routinely tested for contaminants is vital.

Jamie Benning, water quality program manager for Iowa State University Extension and Outreach, says wells should be tested at least once a year and right away if there’s been flooding nearby. “I recommend spring or early summer,” Benning says. “When we have snowmelt, when we have some of our early spring rains that happen in Iowa, that’s a good time to test for nitrate and E-coli because that’s the time that water is moving through shallow groundwater and into our aquifers.”

Without proper testing, Benning says you could be exposing yourself to troublesome pollutants and potential health problems.
“If your water is contaminated with E-coli bacteria, there could be immediate illness with bacteria present,” Benning says. “With nitrate, the health concern is with infants under six months of age.” 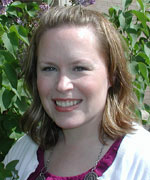 In young children, high levels of nitrates can cause critical problems with how oxygen moves in the blood, leading to Blue Baby Syndrome, which can be fatal. Benning says testing the water is relatively simple — and it’s very cheap or even free through your county health department.  “The Grants to Counties Program provides funding so that cost isn’t a challenge for getting water tested,” Benning says. “Your local county sanitarian, they’re often called, or health service provider with the county can help you with that test, or contact the State Hygienic Laboratory at the University of Iowa. They provide testing as well.”

With so much flooding across Iowa this year, Benning says any wells that had floodwater nearby should be tested to be on the safe side. “Any changes in odor or taste or water that’s different than what you’re used to experiencing, that’s also a good time to take a water test,” Benning says. “Connect with one of those service providers to get information about taking a test for your water and they can help.”

She adds, even if your well and the area around it have remained unchanged, it’s important to test water annually for indicators of contamination. According to the Iowa Department of Natural Resources, more than 75% of Iowans rely on groundwater as their primary source of drinking water, using a combination of private and public wells.