You are here: Home / News / Ernst says USMCA may get derailed by election-year politics 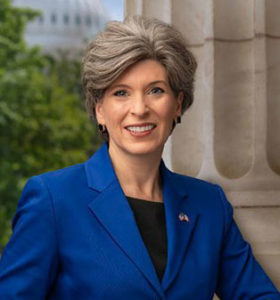 Republican U.S. Senator Joni Ernst is warning changes Democrats in the U.S. House want in the United States-Mexico-Canada Agreement may doom the deal.

“If one country makes a change, it has to go back through the entire process in Canada and Mexico,” Ernst said Friday in Jefferson. “Do you think Canada and Mexico are going to go back and readdress all of this after they are in the process of ratifying? Probably not.”

On Friday, a group of House Democrats reported making “substantial progress” in negotiations with top Trump Administration trade officials. House Speaker Nancy Pelosi has said changes must be made to address labor and environmental
issues.

“This is the first time in US trade history that we actually have environmental considerations as well as labor considerations written into the base text,” Ernst said.

If the USMCA doesn’t get approved by September, Ernst predicts the update to the North American Trade Agreement is likely to be derailed by election-year politics.

Ernst said the three Democrats from Iowa serving in the U.S. House should start pressuring Pelosi publicly to ratify the USMCA.

“If she has more members approaching her and saying: ‘We need to get this done,’ maybe we’ll see some movement on it,” Ernst said.