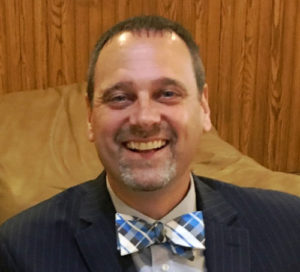 Election officials across Iowa are preparing for combined school board and city elections this fall.

Board of education elections used to be held in September, but a law passed in 2017 requires them to be held in November — on the same day as city elections. Clinton County Auditor Eric VanLancker says his staff is preparing for the upcoming combined election and notes many voters will have new polling places.

“Maybe the most logical thing to do is to just use our traditional city election polling locations,” VanLancker says, “and then we will figure out where, say, the people who want to vote in the school election who don’t necessarily live in the city, we’ve assigned them a city polling location to go to so they can still vote in the school election.”

“These folks here who have control of your local money in your local community, we should be turning out 74% for those, too, instead of 12%,” VanLancker says. “We’ve even seen 6% turnouts for these elections.” He says some urban voters won’t see any change at all, however…

“It won’t be that simple at some of our more rural polling locations. We know we have one location that’s going to have up to six different ballot styles,” VanLancker says. “They’ve got a city ballot and then they’re in the middle of two or three or four other school districts that’ll be going to that polling location as well.”

During July, Clinton County mailed new voter registration cards to its voters so they’ll know where to cast their ballots.