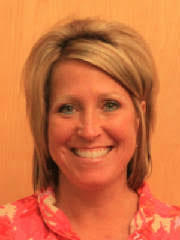 A delegation of Iowa prison officals is home now after a week-long trip to Poland to meet with that nation’s corrections leaders.

Tennie Carlson, of Stratford, is a corrections officer with the Second Judicial District Department of Correctional Services. Carlson attended a two-day conference of the Polish-American Development Council, focused on dealing with the mental health of inmates.

The Iowans toured several Polish prisons and met with probation and parole officers. She says Poland wants to bring its prison system up to modern standards.

“They actually still do paper filing where we are all automated and have the ability to do everything through computers,” Carlson says, “file and do everything with our clerk of courts, our prison systems, we’re all on the same line, dealing with all of our community corrections. Iowa is in a good place.”

A delegation of Polish prison officials is coming to Iowa this fall for a similar fact-finding visit.

“We’ll take them through the state of Iowa and showcase our state to them,” Carlson says. “They will be invited to our two-and-a-half day conference held October 2-4 in Riverside, just south of Iowa City. That will be the conference of the Iowa Corrections Association.”

The correctional officers from Iowa were joined on the trip to Poland by a delegation from the Cedar Rapids Economic Alliance, promoting economic development between Iowa and Poland.