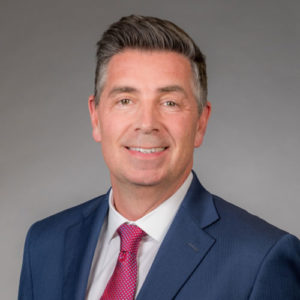 Workers in hotels and motels in Iowa and nationwide are taking part in training sessions about human trafficking today, what the industry calls a Day of Action. Chip Rodgers, president and CEO of the American Hotel & Lodging Association, says hotel employees can play a key role in spotting and stopping what he refers to as modern-day slavery.

Rodgers says, “When you have two people coming to the front desk and one of them may be a child and that child doesn’t look comfortable or that child looks to be out of place, you’ve got to be able to detect the signs of what may be a situation that needs to be looked into further.” He says hoteliers are in a unique position to identify and disrupt this terrible practice.

“Traffickers are seeking anonymity and they feel like if they check into a hotel, they can get that anonymity and carry out these illegal acts,” Rodgers says. “We’re going to stop that. We’re going to let them know this is not the place this can ever happen.” Human trafficking is a $150 billion industry worldwide, with 40-million people trafficked every year.

“Because we have, as a society, not done a very good job recognizing this, sometimes it’s difficult to know just how many people in a given state are being affected by it,” Rodgers says. “There is no question that it’s happening in Iowa and all of the other 49 states.”

The American Hotel & Lodging Association is working with Governor Kim Reynolds and Senator Joni Ernst on creating legislation to fight trafficking. An announcement is planned in Iowa on August 13th.  “We will be having an event in Des Moines to train employees at a local hotel,” Rodgers says, “but to also highlight this and begin the process of what we believe will be model legislation for the country in making sure every hotel employee is trained so they can detect the signs of human trafficking.”

While thousands of hotel employees are trained every year already, the association is working to convene the entire industry with the goal of training every hotel worker.