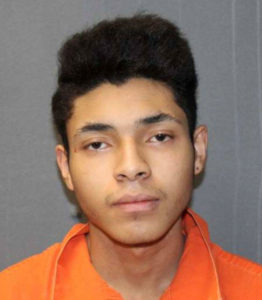 A Sioux City man has been convicted on two counts of first degree murder for the stabbing deaths of his former girlfriend and an acquaintance. Nineteen-year-old Tran Walker was accused of murdering 17-year-old Paiten Sullivan and 18-year-old Felipe Negron, Jr., in January of 2018.

Judge Tod Deck rejected defense claims that Walker may have been insane or had diminished capacity at the time of the stabbings.

“The evidence before the court would require the court to speculate wildly in order to find these defenses valid,” Deck said. “The court will not do so.” Victims’ advocate

Mark Skaff read a statement on behalf of the families of both victims following the verdict.

“They would just like to thank everybody that has supported them through this ordeal,” Skaff said. “They want to thank the first responders that went to the scene, the 911 dispatchers who dispatched people to that scene, the police officers that responded, the investigators who did an outstanding job of investigating this horrendous crime and also the prosecutor for the Woodbury County Attorney’s Office.”

The mandatory sentence for a first degree murder conviction is life in prison. A sentencing date for Walker will be set in the near future.