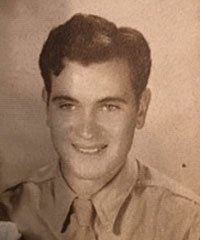 The remains of a central Iowa Army soldier are returning home after 75 years.

Corporal Ralph Bennett, an Ames native, was listed as killed in action after disappearing in June of 1944 as his unit took an airfield from the Japanese in Myitkyina, Burma during World War Two. He was 22-years-old at the time and was serving with the Headquarters Company, 209th Engineer Combat Battalion.

Remains from fallen U.S. soldiers were buried in Burma and later transferred to a military cemetery in India, and eventually taken to the National Memorial Cemetery in Hawaii. New technology was eventually used along with other information to identify Bennett’s remains.

A memorial service will be held at the Ames Municipal Cemetery on Saturday (August 3rd) at 11:00 a.m.