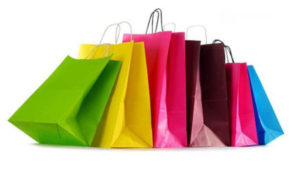 Whether you’re shopping for clothes for yourself or for your kids heading back to school, you can save a nice chunk of change with this weekend’s annual Sales Tax Holiday.

John Fuller, a spokesman for the Iowa Department of Revenue, says the taxes will be eliminated on qualifying purchases all day today  and Saturday.  “Generally, if you can wear it, clothing or footwear that’s under $100 would be tax free,” Fuller says. “Tax in Iowa is 6% and if there’s a local option sales tax, that’s an additional 1%, so it could be 7%.”

Fuller says there are a few restrictions. “Watches, jewelry, Rollerblades, those are not considered clothing by this law,” Fuller says. “The best thing to do for your listeners might be to go to tax.iowa.gov and there’s information more specifically on what is and what is not taxable.”

The tax-free “weekend” is only Friday and Saturday and does not apply on Sunday. Fuller says many people ask why Sunday isn’t included.  “That would require a law change,” Fuller says. “The Iowa legislature would have to take that up to add an extra day.”

The two-day sales tax holiday has been held in Iowa the first Friday and Saturday of August each year for nearly 20 years.