You are here: Home / News / Warmer than normal July leads into cooler August 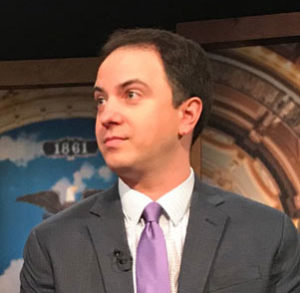 Forecasters say much of Iowa will have sunny skies and moderate summertime temperatures through the weekend, but the months ahead may be much cooler and wetter.

State climatologist Justin Glisan says the just-ended month of July was a bit hotter than usual and we didn’t see much in the way of rainfall. “We had a drier-than-normal month across much of the state with the northern counties, along the South Dakota border and the Minnesota border with above-average precipitation,” Glisan says. “But as a whole, we were about three-and-a-half inches across the state which is a little less than an inch below normal.”

As for July temperatures, the state averaged just over 75 degrees, which is almost two degrees warmer than normal. Looking ahead, the month of August promises to be colder than usual. “Our climate outlooks were at above-average chances of below-normal temperatures across the state,” Glisan says. “Looking at the western third of Iowa, we’re trending a little bit above-average for wetness, so we should expect a little more rainfall in the western part of the state and near-normal conditions for the rest of Iowa.”

Iowans may recall that August of 2018 was the start of one of the wettest autumns in state history. Glisan says the fall ahead may still go either way. “What we’re seeing in the climate signals for the next three months are a slightly-above average chance of precipitation across the western part of the state and then equal chances in eastern Iowa,” Glisan says. “We’re a little too far out to get into October and November. Those forecasts will come in the middle of August.”

Last fall was Iowa’s third-wettest on record, but for now, he says there are no “gully washers” in the immediate forecast.