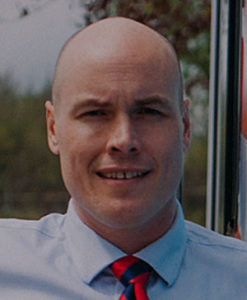 The Democrat who came within three points of defeating Republican Congressman Steve King in 2018 will run for congress again in 2020.

J.D. Scholten released a campaign video ad this morning to make the announcement and he’ll hold a campaign rally in his hometown of Sioux City tonight.

“We just fell a bit short at the end there, but it’s one of those things where we feel there’s a little bit of unfinished business,” Scholten said in an interview this morning.

A rematch with King is not certain. King faces three G-O-P challengers in the fourth congressional district, although King could run as an independent candidate in November of next year if King loses the June Primary. Republicans hold a voter registration edge of 70-thousand in the fourth congressional district. In 2018, Scholten won the six largest counties in district and performed better than any previous Democrat who’s challenged King.

“We had a very positive message and tried to just bring everybody into our campaign and not write anybody off and I think the biggest success was getting ‘Sioux City Sue’ — our Winnebago RV out and just tour the whole district at least three times, in some counties five times,” Scholten said. “We wanted to show the contrast because King hadn’t done that in a few years.”

During an interview this morning, Scholten said his heart goes out to the victims of the mass shootings in Texas and Ohio — and he expressed support for expanded background checks for gun purchases.

“Americans can’t hardly agree on anything any more and when 97 percent of the people want to get something done and yet congress is not passing that, that’s a failure of our democracy,” Scholten said. “There’s this national narrative that it’s either the 2nd Amendment or gun safety, but that’s a false choice. We can have both.”