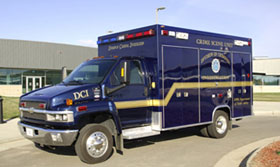 A body found in the South Skunk River could be that of a missing Oskaloosa woman.

Oskaloosa Police do say they have a missing person report that was filed Monday morning for 24-year-old Ashley Shafer. Anyone with information on Shafer or the body found in the South Skunk River is asked to call the Mahaska County Communications Center at (641) 672-2557.