You are here: Home / News / Estherville to get new pool after bond issue passes 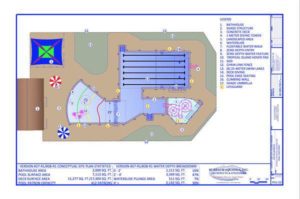 The issue got 69% approval and needed 60% for passage. Estherville City Administrator Penny Clayton was pleased with the vote.
Clayton says she’s excited that the voters got out and approved the project. She thanked members of the community who worked to pass the bond issue.

The next step now that the bond issue has been approved is putting together the design plans and specifications. She says they have to create a formal set of bid documents to be able to let the contract. “That will take several months to get those in their final form. And then we’ll forward those onto the state for approval and the city council for approval, and that will go out to bid in early 2020,” according to Clayton.

Clayton says plans are for construction to start in 2020 with a grand opening scheduled for June 2021.