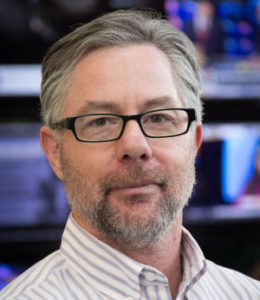 The director of the University of Iowa School of Journalism says the purchase of the Gannett company by GateHouse Media is likely to lead to more cutbacks at the Iowa newspapers involved.

David Ryfe, has studied the issue of changes in the media, and says this development is good only for the lawyer sand bankers involved. “It’s not especially good news for the news organizations involved, or for the communities that are covered by those news organizations, “Ryfe says. “This is just another step down the road of the slow deterioration of news outlets across the county.”

Ryfe says the staffs at the papers owned by both companies have already been pared to less than half of what they once were.
“Gannett itself and GateHouse itself have been in the business of doing more with less for about a decade now since the Great Recession. And this is just another step down that road. I mean, I could imagine being a journalist in the newsroom of all these organizations and wondering what this means for me,” according to Ryfe.

He says Facebook and Google control a majority of the online ad revenue. “The amount of digital ad revenue going to newspapers has been flat for the last decade. So, as we’ve had this enormous growth in digital ad revenue, newspapers have not been able to attract it,” he says. “What they’re going to is a more of subscription model — which the New York Times now is the best example of.”

Ryfe says the dilemma at the regional and local newspapers is they have not been able to get enough people to buy the digital subscriptions. There have been some predictions that printed newspapers will go away — but Ryfe says it’s possible they won’t disappear altogether.

The $1.4 billion Gannett purchase deal is expected to formally close by the end of 2019.