You are here: Home / News / Iowa native, Disney animator is back for a workshop today 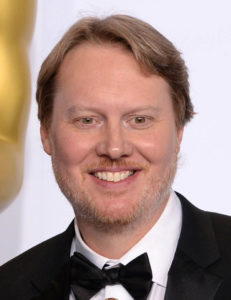 He may not have the name recognition of a Hollywood star, but kids who watch Disney movies know and love the work of Iowa native Don Hall, who will be back in his home state today.

Michael Morain, spokesman for the Iowa Department of Cultural Affairs, says the 50-year-old Hall grew up in Glenwood and was inspired early on to pursue his dreams of drawing, painting and creating. “He was interested in drawing Marvel comics as a kid and teenager and he was interested in animated films,” Morain says. “He studied at the University of Iowa and headed out to California where he eventually landed a job at the Disney Animation Studios.”

Morain says Hall excelled in bringing his animated drawings to life and took on more and more responsibilities at Disney. His creations became some of the biggest animation blockbusters in recent years. “He was the co-director for ‘Moana’ and he won an Oscar as the director of ‘Big Hero 6,'” Morain says. “His credits include, ‘Tarzan’ and ‘The Emperor’s New Groove,’ and some others. I just love the idea that this guy from western Iowa helped envision all of the beautiful South Pacific scenery of ‘Moana.'”

Hall will be at the State Historical Museum of Iowa for a string of events today, starting with a free workshop about the animation process, designed for ages eight and up. “At 10 o’clock there’s a drawing workshop,” Morain says. “At 11, he will help unveil a display of his animation work in our Hollywood in the Heartland exhibit, all about Iowa’s connection to the movies.”

At 1 p.m., Hall will take part in a question-and-answer session about his rise to fame and he’ll press his hands into a cement tile for posterity. At 2 p.m., there will be a free screening of the film, “Big Hero 6.”

Learn more about Hall and the day’s events at: iowaculture.gov.