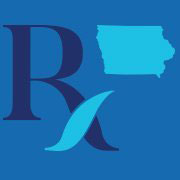 Representatives from an opioid addiction awareness group called RALI are at the Iowa State Fair with a recreation of a teenager’s bedroom that shows visitors where drugs can be easily hidden.

Nate Passwaters works in law enforcement in Maryland. At the fair, Passwaters shows parents how to spot signs their child may be using drugs.  “Certain indicators that we typically wouldn’t think that there’s nothing to it, but when we look a little harder, it gives parents that edge that they can act sooner,” Passwaters says.

He notes that drug abuse among teens happens in all walks of life and early detection can often lead families to find help. With drug addiction, he says people often don’t know what to look for, especially with young people.  “Especially when it comes to heroin use and intravenous use, it’s very clandestine, right?” Passwaters says. “They hide it for a significant period of time and unfortunately by the time parents do find out, it’s a little late.”

RALI stands for Rx Abuse Leadership Initiative. Thirty state organizations have signed on to help “RALI Iowa” bring awareness of drug addiction to the state, including corporations like Meredith, the Iowa Medical Society and the Iowa Farm Bureau.