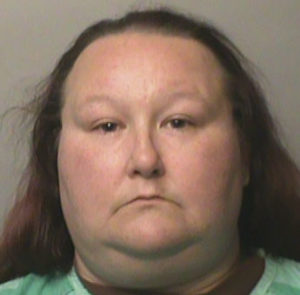 A Waterloo woman was arrested Wednesday following the drug overdose death of a child in Des Moines.

In June, police and an ambulance responded to a report of an unresponsive child at an apartment building in Des Moines. Thirty-eight-year-old Amanda Leonard-Helum said she was caring for two children, and during the drive from Waterloo to Des Moines, one of them had taken pills prescribed for her.

Rather than seek medical care, police say Leonard-Helum decided to monitor the children throughout the night — and the two-year-old boy died. The four-year-old checked out fine.