You are here: Home / Crime / Courts / Dogs removed from home in Brandon 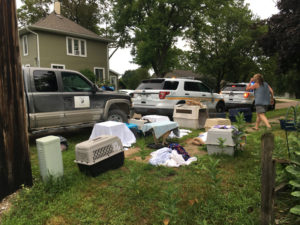 Authorities in northeast Iowa now say a total of 18 dogs were rescued from a Buchanan County home on Monday and four more dogs were found dead.

The Buchanan County Sheriff’s Office says they had received a request for a welfare check in Brandon. The caller had noticed that several dogs had broken the front door of the home and were roaming around outside.

Deputies arrived to check on the person who lived at the home. They say the person was found to be living in very poor conditions within the home, which did not appear to be climate-controlled. 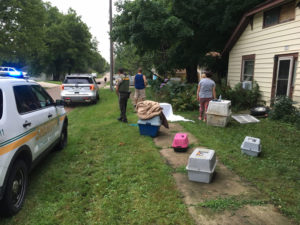 The person was taken to a local hospital to be evaluated after deputies determined that they were unable to adequately care for themselves. The Sheriff’s Office reached out to Wildthunder WARS for help in getting the dogs to a facility where they could be evaluated and cared for.

The incident remains under investigation and no charges have been filed.