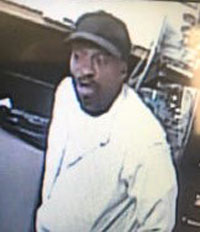 Two large, popular entertainment venues in central Iowa were locked down this morning as police searched for a gunman.

Altoona police say a man with a gun robbed Spectators Sports Bar and Grill, which is close to Adventureland amusement park and Prairie Meadows Racetrack and Casino.

Both were shut down by police and remained so for hours as law officers combed the area. The Adventureland Inn hotel was also evacuated for a room-to-room search. The suspect is described as a black man, five-foot-five and wearing a white shirt, blue pants and a dark hat.