You are here: Home / News / Grassley comments on possible purchase of Greenland 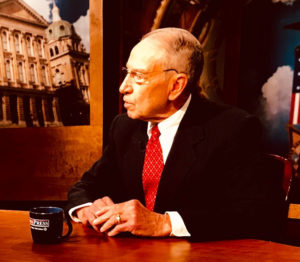 While the Trump administration is expressing interest in the U.S. buying Greenland, Iowa Senator Chuck Grassley admits that’s not something that was ever on his radar.

A U.S.A. Today article this morning estimated the cost of such a purchase at half-a-trillion dollars. Grassley was asked if that would be a good investment for our country. “I’d have to know the value of Greenland, resources and stuff like that,” Grassley says. “I would not think of buying Greenland. It’s not something that’s foremost on my mind.”

Reports indicate the administration was considering Greenland because of its strategic location, northeast of Canada and stretching into the Arctic region. Grassley says there are two primary reasons for considering the purchase of the world’s largest island. “One would be our further claim to jurisdiction over part of the Arctic Ocean as a result of Greenland being a territory of the United States,” Grassley says. “And secondly, the value of whatever resources there are.”

Greenland has a population of around 55-thousand and it encompasses some 536,000 square miles, or about a quarter of the entire United States. The country’s economy is small and is primarily based on fishing. “I don’t know anything about Greenland,” Grassley says. “I know that it has some value because people live there and Denmark has claimed it for, I suppose, a thousand years.”

Denmark has said it’s not interested in selling Greenland. Some of the island’s natural resources include: aluminum, copper, iron, platinum, titanium and uranium — along with the potential for large oil fields.