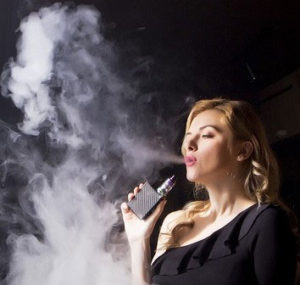 A new study finds the popularity of electronic cigarettes among Iowa teenagers is growing at what one activist says is an “epidemic” rate, worthy of a national health emergency declaration.

The vaping product Juul  was introduced in 2015. Between 2017 and 2018, Berkman says there was a 78% rise in the use of e-cigarettes among high schoolers and a 48% rise in vaping by middle schoolers. Berkman is working to rally students and parents nationwide to have flavored e-cigarettes banned through federal legislation.

“There are 15,000 flavors, including things like gummy bear and cotton candy,” Berkman says. “It’s clear, as my 12-year-old says, ‘I’m a kid. Who are they kidding? We know these are targeting me and my friends.'” Just this week, Iowa was added to the list of states investigating cases of lung disease and other illnesses that may be linked to vaping. Out of the 15 states, there are at least 120 cases, though only one is reported so far in Iowa. Berkman predicts there will be more.

“If you see signs in your child of any kind of pulmonary distress, you better call your doctor and have them report it to your state health department,” Berkman says. “If you see signs like increased irritability, a hacking cough, a sudden anger, a sudden loss of interest in school — behavior you’ve never seen before — those could be signs of nicotine addiction.”

She says e-cigarettes are addicting a new generation of kids and threaten to reverse decades of progress in reducing youth tobacco use. Berkman says each Juul “pod” delivers as much nicotine as a pack of 20 cigarettes.  “Kids are becoming addicted to huge amounts of nicotine,” Berkman says. “That’s very dangerous for their developing brains and the rest of it, we will be finding out soon enough. We have to hope that the damage is mitigated by action and taking those flavors off the market.”

Berkman’s organization, PAVe, is launching a campaign called, “Back to School, Not Back to Juul.”

Statement on combating youth use:

“JUUL Labs exists to help adult smokers switch from combustible cigarettes, which remain the leading cause of preventable death around the world. JUUL is an alternative that can help the 34 million adults in this country who still smoke. We do not want non-nicotine users to buy JUUL products, and are committed to preventing underage access to our products. We strongly support raising the national minimum purchasing age for all tobacco and vapor products to 21, and have implemented a comprehensive action plan to combat underage access, appeal, and use of JUUL products.

“We stopped the sale of non-tobacco and non-menthol based flavored JUULpods to our traditional retail store partners last year, enhanced our online age-verification, strengthened our retailer compliance and shut down our Facebook and Instagram accounts while working constantly to remove inappropriate social media content generated by others. We also continue to develop technologies to further restrict underage access with our distributors, at retail establishments and as features of potential new products.”

“We selected our nicotine concentrations to provide smokers a satisfying alternative. In terms of actual nicotine absorption, our clinical studies have consistently shown that JUUL use at 5% strengths* result in a nicotine uptake similar to, but lower in concentration than, a reference combustible cigarette.”

Flavors are a complex issue. We believe our four non-tobacco and non-menthol-based flavored JUUL products are responsibly marketed and play a critical role in switching adult smokers from cigarettes, because certain flavors can help smokers disassociate from the taste and aroma of combustible cigarettes. In our peer-reviewed studies of tens of thousands of JUUL users, people who exclusively used non-tobacco flavors were 30% more likely to switch completely from combustible cigarettes than those who used tobacco flavors.

At the same time, we do not and will never sell flavors that are clearly targeted to youth – in fact we support an outright ban on inappropriate flavors and packaging, such as those that mimic youth-appealing candies, foods, and drinks. We also support swift government enforcement against any manufacturer that packages or markets vapor products in a way intended to promote use by youth. And as mentioned above, we stopped the distribution of our four non-tobacco and non-menthol-based flavored JUUL products to all traditional retail stores last year. Currently, we sell these flavored products only through our ecommerce platform (JUUL.com), where we utilize industry-leading third-party age-verification technology to ensure purchasers are 21+ regardless of jurisdiction and limit the amount of product that can be purchased to prevent social sourcing.