You are here: Home / Sports / Iowa Wesleyan focused on finishing 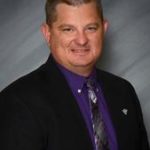 Iowa Wesleyan football coach Michael Richtman says the focus for his team is about finishing. The Tigers were 1-9 a year ago and in three of the losses they were tied in the fourth quarter. They will be in search of their first winning season since 2014.

“We were in some positions last year late in games that we should have won”, said Richtman. “It is about finishing for us and playing more mature.”

The Tigers return four players who earned All Upper Midwest Athletic Conference honors a year ago, including first-team all league running back Stafford Lewis.

“He averaged over six yards a carry last year but had some injuries and is a lot better shape right now “, added Richtman. “We have got some pretty decent depth in the backfield but a lot of it is going to come down to how well we can move people up front.”

Iowa Wesleyan opens on the road at Cornell College on September 7th.