You are here: Home / News / Actors wanted for Iowa movie about 6-on-6 basketball’s final season 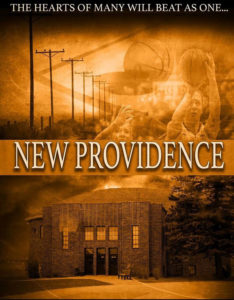 Open casting calls for actors and extras are being held in Des Moines this weekend and in Iowa Falls next weekend for a film to be shot in Iowa about the state’s final season of girls’ six-on-six basketball.

Annette Duffy is the line director for the Fearless Cinema production of “New Providence” and the cameras will start rolling this fall. “We’re looking for lots and lots of extras and we have a few feature roles we’re also looking to fill,” Duffy says. “We need girls of high school age to be basketball players. They have to know how to play basketball. They don’t have to know how to play six-on-six, they just need to be very comfortable handling the ball.”

They’ll also need cheerleaders, coaches, referees and more — and she stresses acting experience isn’t needed. This film could be a break-out opportunity for a young Iowa woman who dreams of stardom. “We are looking for one very special girl who is a lead character in the movie who knows how to act and play basketball — that’s a unique combination,” Duffy says. “We are looking for fans of all ages, men, women, young, old, to be in the stands to cheer for these teams.”

The film will be shot in October in New Providence, Des Moines, Hubbard-Radcliffe and several other locations, all in Iowa. Duffy, a native of Iowa Falls, says many Iowans remain passionate about this particular type of sport. “Six-on-six basketball was so important to the small towns in Iowa,” Duffy says. “I personally played it and I know that the crowds on a Friday night, the little towns would empty and they’d be in the gym.”

The screenplay’s author, Jack Smith, moved to New Providence in 1993 to run a business and quickly became a student of the unique game. The movie will be set in 1993, the final year for six-on-six hoops in Iowa.  “It follows a sportscaster from New York City who is being ‘punished’ and sent to Iowa to cover a six-on-six game because it was the end of this era,” Duffy says. “What he finds out is why those small towns love this game, what it means to the small towns, and then he falls in love with the game itself.”